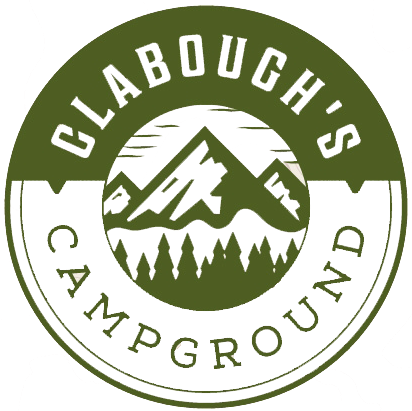 Pigeon Forge RV Park | About Us

The Clabough family has lived in Pigeon Forge for five generations and in the Smoky Mountain region for a lot longer. William Clabough, a Civil War veteran, bought the original property in the late 1800s. He was a Union soldier and was drawing a small pension when he settled in Pigeon Forge.

The Knoxville Chancery Court records show that he sold it to Clyde, one of his nine children, in 1922 when he was about 80 years old. Clyde had a dowry and bought everyone else out. He was a carpenter and built several barns in Sevier County. His two sons, Harold and William Clyde “W.C.” eventually helped him finally pay off the property.

The Clabough’s farm had cattle and grew enough wheat to feed the family, tomatoes, hay and a little cash crop like corn. Harold, now 90 years old, said, “We had a good life here on the farm. We always had plenty to eat.”

Things got better during the Second New Deal in 1935, Roosevelt started the Farm Security Administration (FSA) which was an effort during the Depression to combat American rural poverty by helping poor farmers buy land, and that program continues to operate in the 21st century as the Farmers Home Administration. The goal was to make the farmer more efficient so the loans were used for new machinery, trucks, or animals, or to repay old debts.

“We operated our own farm with horses – no tractors, no electricity,” said Harold. “We didn’t have indoor plumbing until 1948. That was a treat when we got that put in.”

Born on November 1, 1923, Harold’s first memories of the property are of the original farmhouse built in the 1800s that is still standing and the pecan tree next to it. He and his brother, W.C., grew up working chores on the farm, but went on their separate career paths. Harold attended Pine Grove School and graduated with a class of 4 people, then worked at TVA for 9 years, taught school for 4 years and served in the military for 32 years. His brother, W.C., served the military in New Guinea, the Dutch East Indies, the Philippines and Spain. He was a veteran of World War II and after 17 years of service, received a medical discharge. Upon his death in the 1980s, the land came to be Harold’s.

Little by little, the land being farmed shrank and in 1980 Harold started building the Campground, officially opening in 1981. Gradually, Harold acquired a little more land to build the store that still services campers today, offering Exxon gasoline and a small deli that the locals frequent as much as the out-of-town visitors.

“We made good money out of the small campground so I decided to add more sites.” Harold was a sharp businessman and the Campground grew from 83 to 116 sites, and then 150 when new property was added. Today, Clabough’s Campground, has 325 camping sites plus cabin, cottage and vacation rentals. Harold and his wife of 58 years, who passed away in 2006, worked the business with their only daughter and two grandsons.

The original farm was about 50 acres and today the property is about 50 acres. The Appalachian Mountains have seen a big boom as tourism took center stage for the Smokies, but really the families and their values have not changed. You still only need a handful of change to buy an ice cream and Harold’s philosophy of “you never hurt someone else to help yourself” shows up in every detail of the business.

“We keep it clean. We have all the conveniences. If you have any problem while you are here, come see us,” said Harold. Throughout his long life, he has seen his childhood home evolve into a multi-facetted modern family-friendly vacation destination. While still active and on-site, it is younger generations that handle the day-to-day operations since Harold passed away in 2015.

Harold summed it best when he said, “The campers have been so good to us. Campers are good people.”